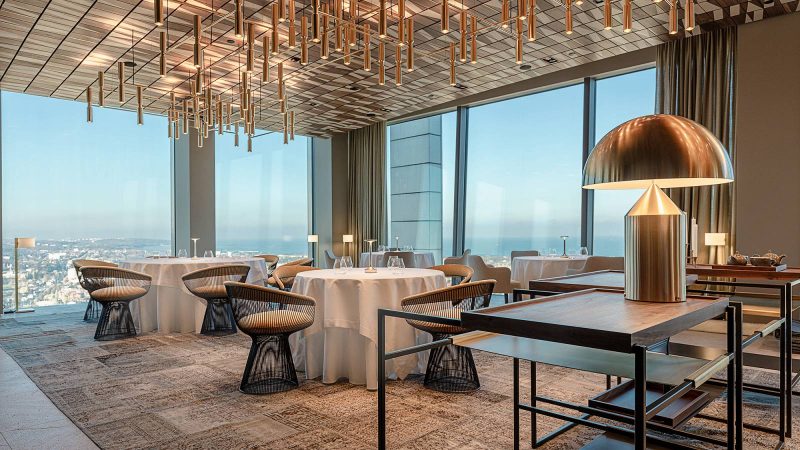 Eating, an apparently prosaic activity, is also one of the most basic and intense pleasures in our lives. It affects not only the sense of taste and smell, but also eyesight.
That is why it is so important to care for the appropriate setting and visual qualities of the dishes served. And who would have realized this better than Paco Pérez? The newly opened Arco restaurant in Gdańsk is a tangible proof here. A dream location on the 33rd floor of the Olivia Star building, original interior design, exclusive lighting and, of course, top-quality kitchen … All this guarantees a complete sensual experience.

Art project tailored to the master

The Arco restaurant is a real show of Paco Pérez’s vision and skills, on which a carefully selected team of virtuosos from various fields of art worked. Apart from the group of twenty-five chefs, the persons responsible for the interior design played an invaluable role. The entire project was custom-made at the Tarruella Trenchs Studio, and Pérez oversaw all stages of the process. To obtain a unique final effect, the smallest details of the arrangement were completed from small, artisanal factories from all over Europe. Most of the items, including hand-made tableware and exclusive lighting installations, were created in the process of artisan creation supported by modern technologies. And it was the second aspect of the interior that was responsible for Black Swan Studio – a manufacturer of lamps made to order.

An unquestionable advantage of the Arco restaurant is the view stretching from the height of the 33rd floor. Being aware of this, the designers tried to arrange the interiors and exclusive lighting in such a way as not to distract from the impressive panorama, but to blend in harmoniously with it. The result is a decor in the spirit of casual elegance, referring to the Mediterranean atmosphere of Catalonia.

The beautiful illuminations in Arco were created from the combination of Pérez’s vision and the knowledge and skills of the craftsmen of Black Swan Studio. The Catalan decided to divide the place into two parts, Arco, a more luxurious one, and Trenta y tres, a less formal one. This was also reflected in the nature of the lighting. In Arco, it is luxurious lighting, including designer brass lamps scattered across the ceiling. Their simple but original form unobtrusively brings to mind the rays of the Spanish sun, thus evoking the memories of holidays. 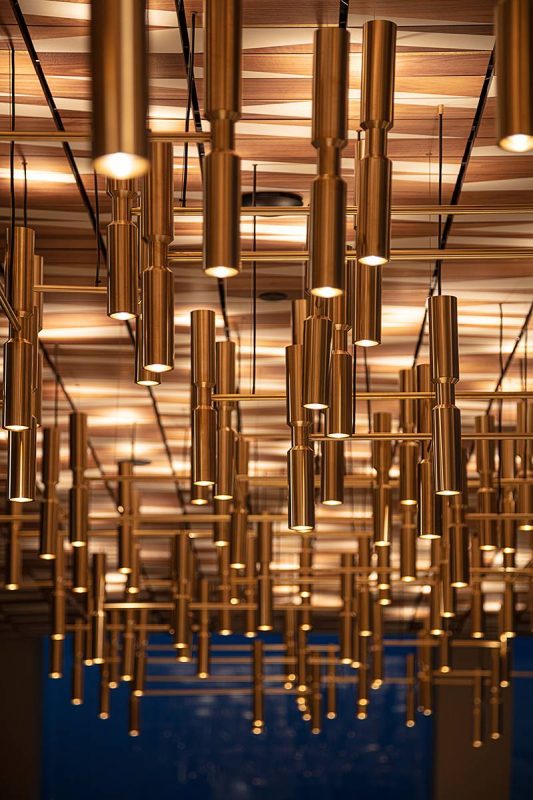 On the other hand, in Trenta y tres the lighting is much simpler, creating a more relaxed atmosphere. 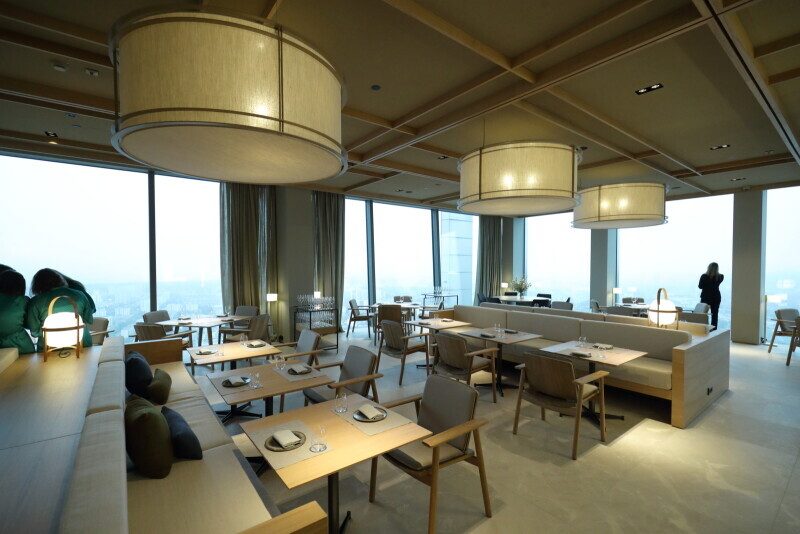 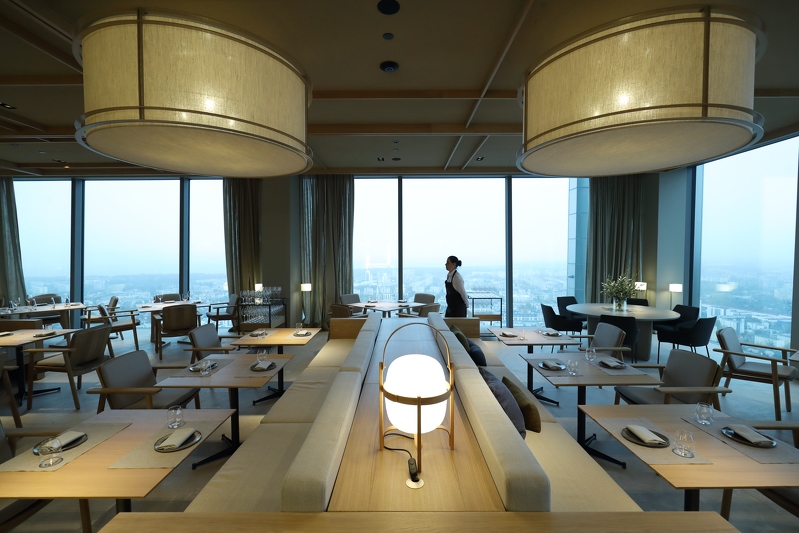 The process of establishing the Arco restaurant lasted two years. At that time, an individual project was born in the minds of the entire team, an important part of which were handmade lamps. Thanks to this, after entering the premises, we have the impression of full and natural order, where every thing is in its place. It is in such circumstances that the dishes of the master of Mediterranean avant-garde cuisine are served.